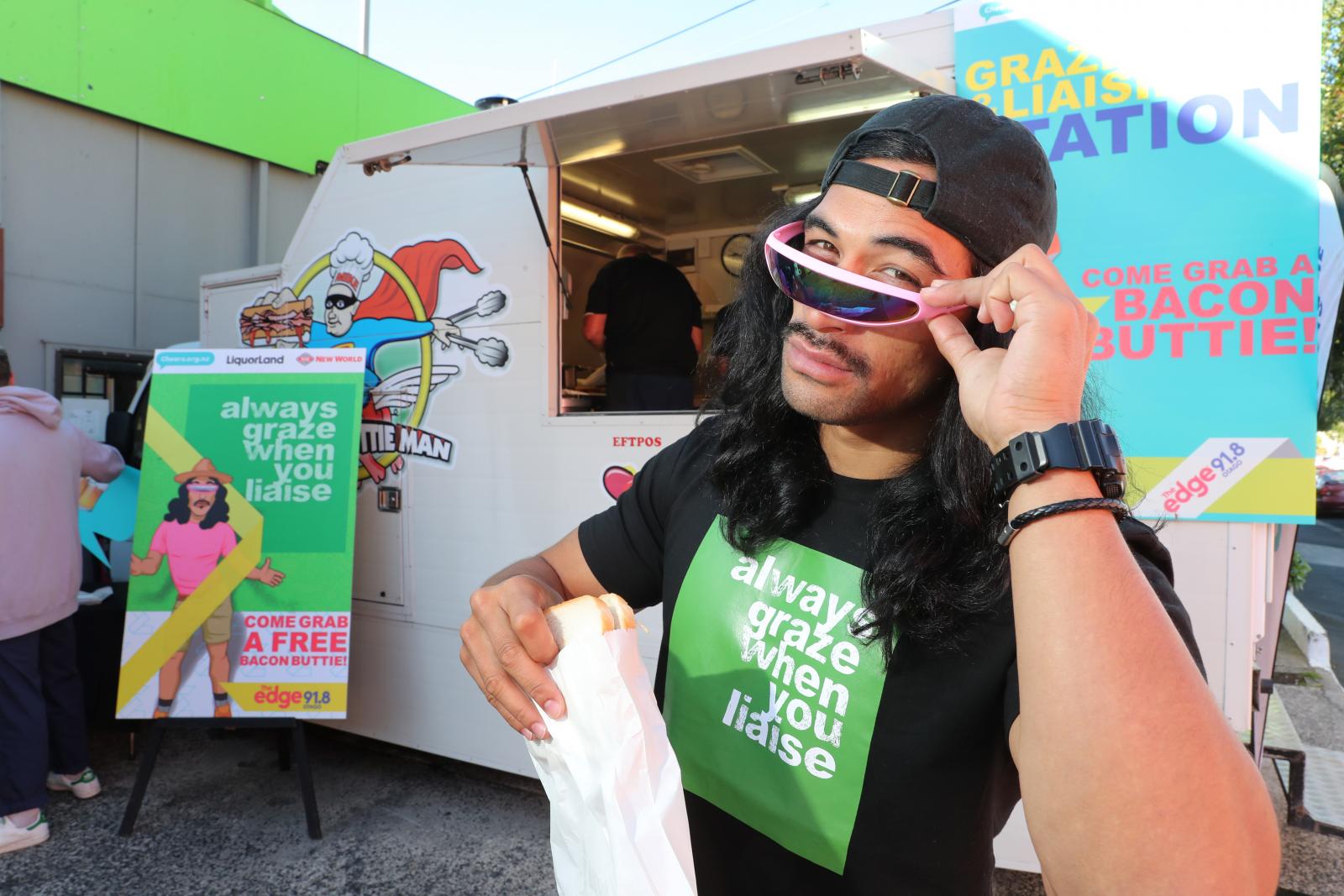 Following a successful first season, the Always Graze When You Liaise responsible drinking initiative is back this summer.  The joint initiative between Cheers, Foodstuffs (NZ) Ltd and William Waiirua is out to redefine ‘normal’ when drinking alcohol in New Zealand.

Popular social media star William Waiirua continues as the face of the nationwide responsible drinking campaign which encourages New Zealanders to eat while drinking alcohol.   From youth worker to online star and influencer, Waiirua is an ideal partner for role modelling new behaviours and delivering ‘Graze’ messages to the primary target audience of 18 to 24 year-olds.

The second season of the initiative comprises four new video clips, set in different situations which represent real life, satire and Kiwi fun.  The videos are designed to evoke emotion and appeal to the values of New Zealanders who may enjoy a drink now and then.  They remind us that it’s important to eat whilst consuming alcohol in the interests of moderation and personal responsibly. The Waiirua style isn’t about ‘telling’ people what to do, rather engaging them with humour and taking people along for the ride.

Brendon Lawry, CEO, Liquorland says, “With a combined reach of over 3.3 million people and nearly 600,000 engagements across all channels, the first season proved incredibly popular and highly effective. Foodstuffs and Cheers are committed to changing the way New Zealanders consume alcohol and will continue to work in partnership on this important social issue.”

“The ‘Always Graze When You Liaise’ campaign fits my goal of working on socially responsible and impactful, campaigns, projects and messages,” says William Waiirua.

“This campaign is not about me telling you with whom, how often, how much, with what and where you liaise, it is about showcasing Kiwi occasions and offering ideas on how you can Always Graze When You Liaise.”

“Our first campaign with William was hugely successful in reaching our target audience – in particular young males – with this really important message delivered in a fun way. And we’re looking forward to building on this initial success during phase two of the campaign.”

The campaign relaunched on Sunday the 9th of December with the first video being released through Waiirua’s social media channels.  It will then continue into February and be supported by instore posters and billboards.